Our Story – The Timeline 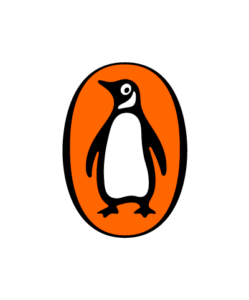 Penguin Books was originally founded in the UK in 1935 by Allen Lane, who envisioned a collection of quality, attractive books affordable enough to be “bought as easily and casually as a packet of cigarettes.” 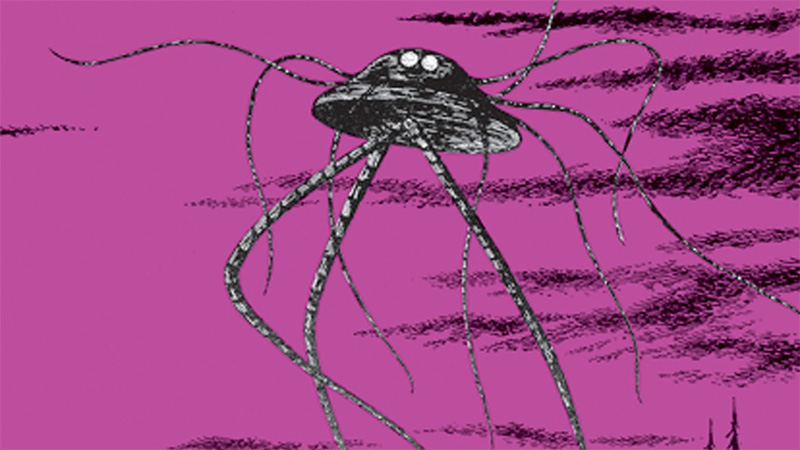 The Viking Press is founded by Harold K. Guinzburg and George S. Oppenheimer. The house’s name and its logo, a Viking ship drawn by Rockwell Kent, are chosen as symbols of enterprise, adventure, and exploration in publishing. 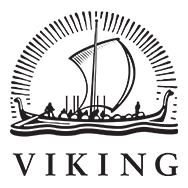 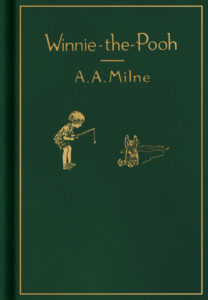 Allen Lane, the founder of Penguin Books, envisions a “dignified but flippant” symbol for his new book publishing business in the U.K.

His secretary suggests a Penguin and another employee is sent to London Zoo to make some sketches. Today, the Penguin logo continues to appear on its books.

Viking Children’s Books is launched as a division of Viking Press.  Over the years, Viking has published ten Newberry Medal winners and ten Caldecott Medal winners, more than any other publishing house. Its classic franchises include Madeline, Pippi Longsticking and Corduroy. 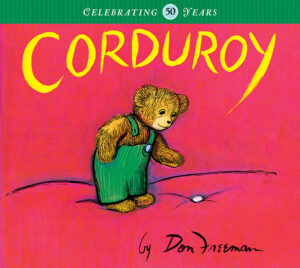 The first Penguin paperbacks are introduced in the UK, sparking a paperback revolution. 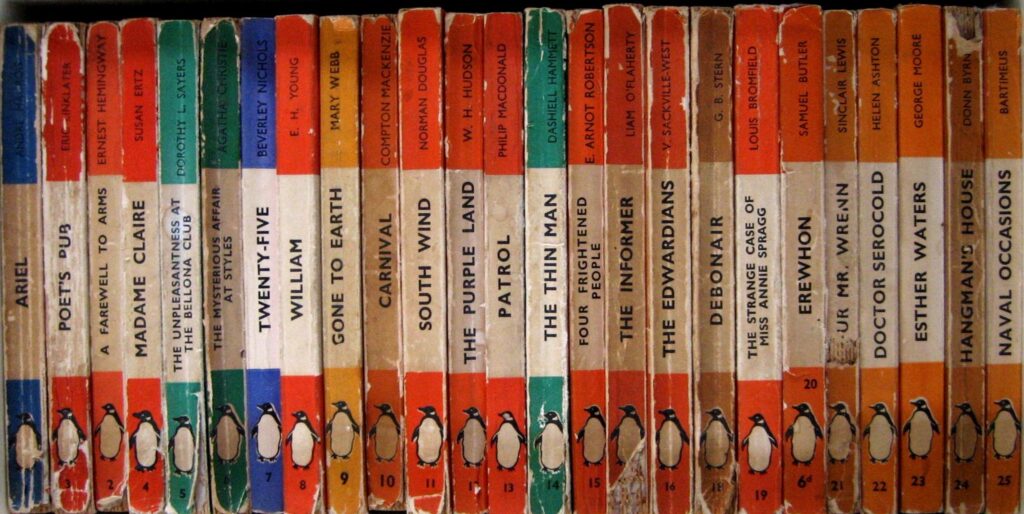 The Penguin Shakespeare series is launched. 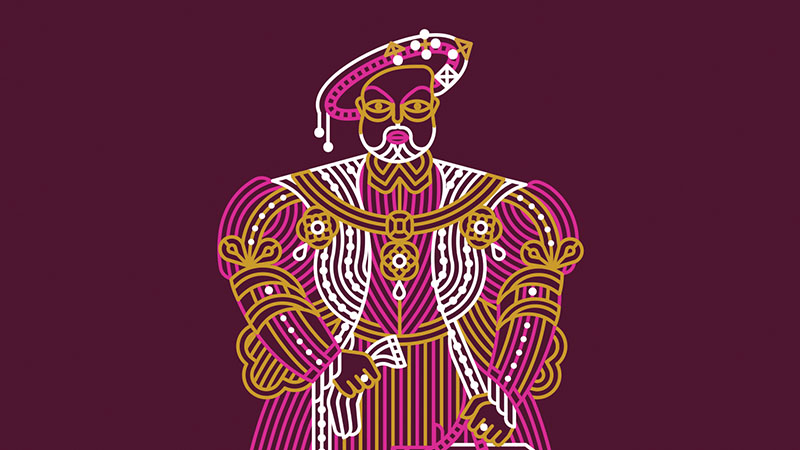 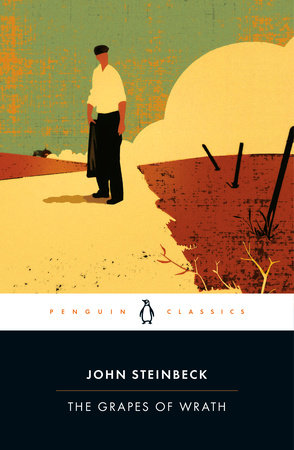 Puffin is born with a series of nonfiction picture books for children. They prove to be such a great success that Puffin publishes fiction the following year, with Worzel Gummidge, by Barbara Euphan Todd, among its first titles. 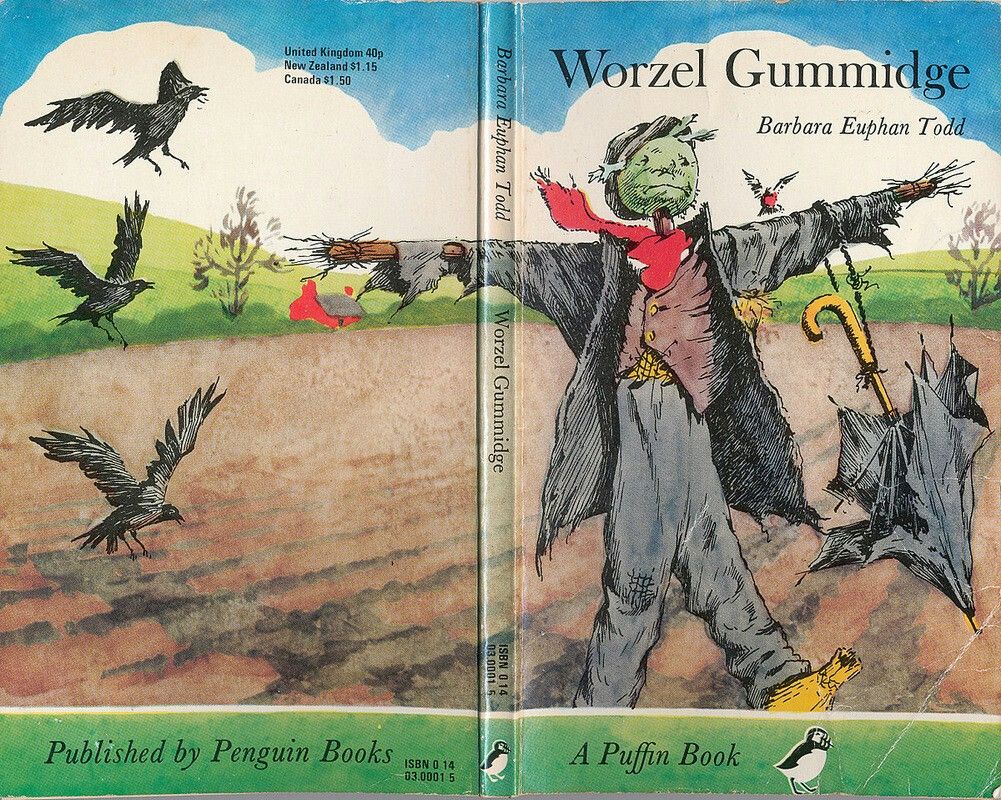 Penguin Books Inc., the U.S. Penguin company, publishes domestic titles in America, instead of England, for the first time, in support of the war effort. Books became crucial for personnel facing arduous and long tours all over the world. The Smithsonian museum magazine has more on this. 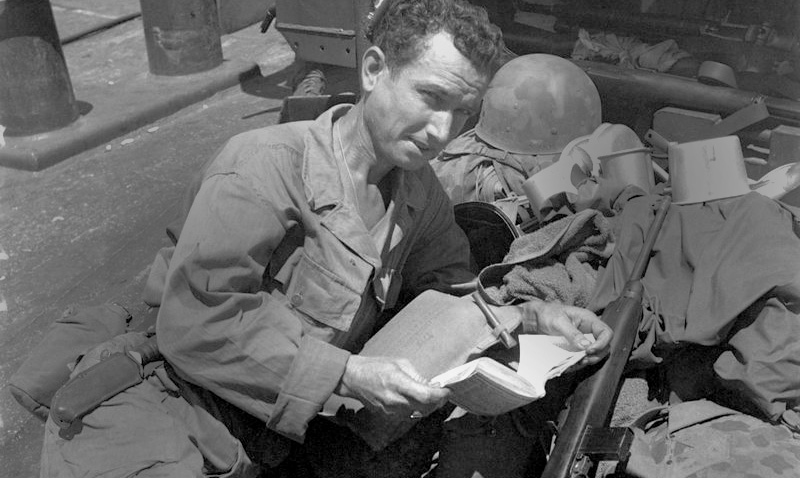 The first Penguin Books edition of Walt Whitman’s Leaves of Grass is printed in the United States, with a cover featuring art by Rafaello Busoni. 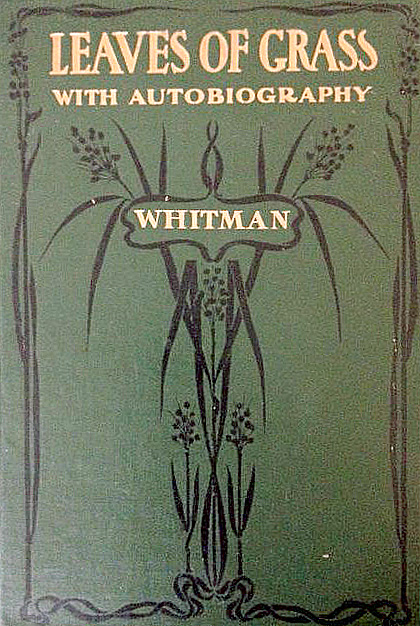 The Penguin Classics series is launched with Emile Victor Rieu’s translation of Homer’s The Odyssey, making classic texts accessible to everyone.

Viking publishes Arthur Miller’s Death of a Salesman, which wins the Pulitzer Prize for Drama 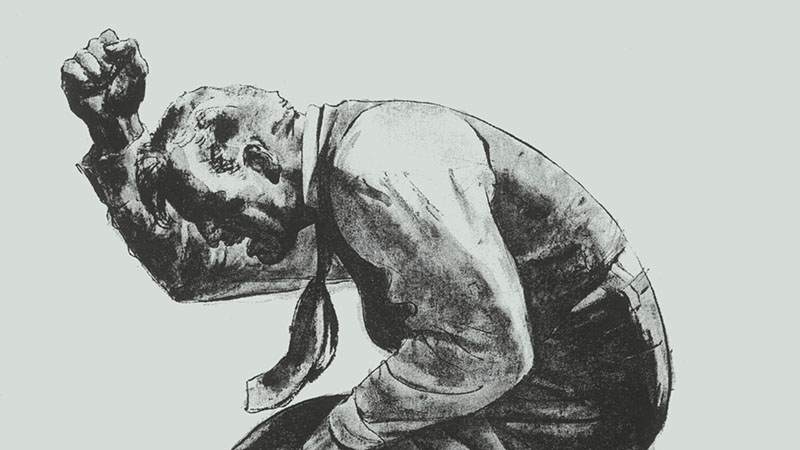 Ace Books, the oldest continuously operating science-fiction publisher in the United States, is founded by A. A. Wyn. 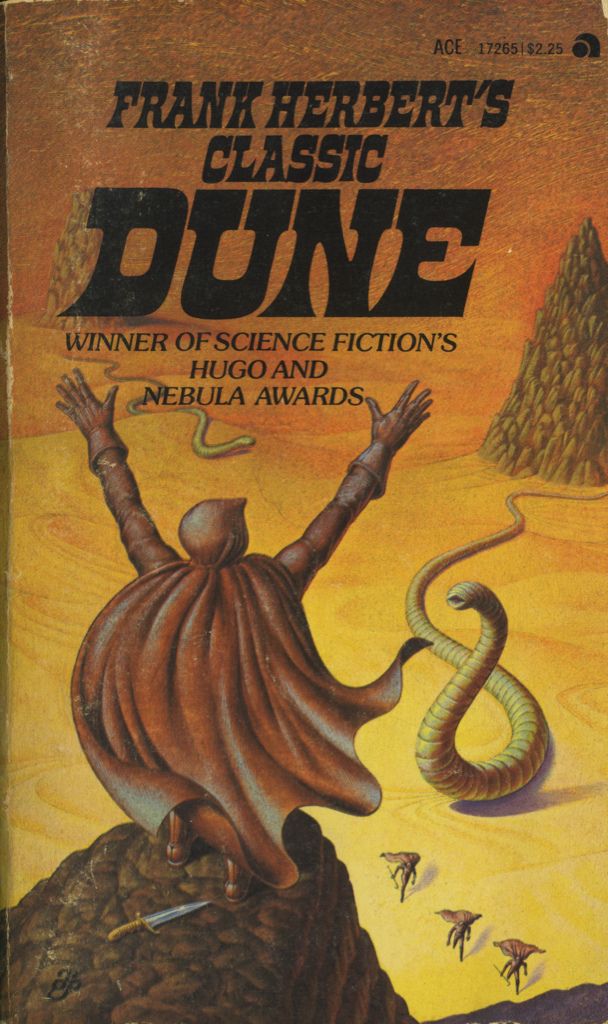 Putnam publishes Lord of the Flies, by William Golding. 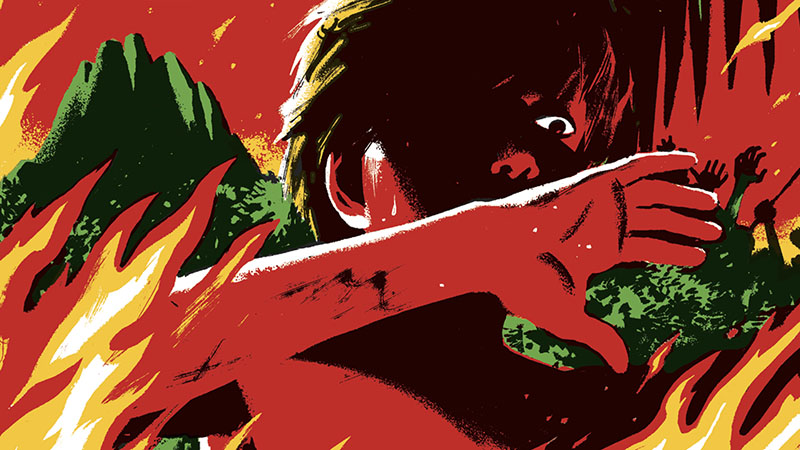 Berkley Books is founded by a group of independent investors.

On the Road, by Jack Kerouac, is published by Viking.

Putnam publishes Vladimir Nabokov’s Lolita, unleashing a storm of controversy. Banned by public libraries in some American cities, the book becomes a bestseller. 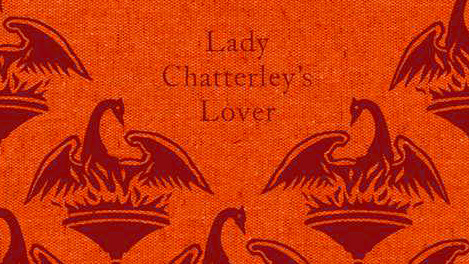 One Flew over the Cuckoo’s Nest, by Ken Kesey, is published by Viking. 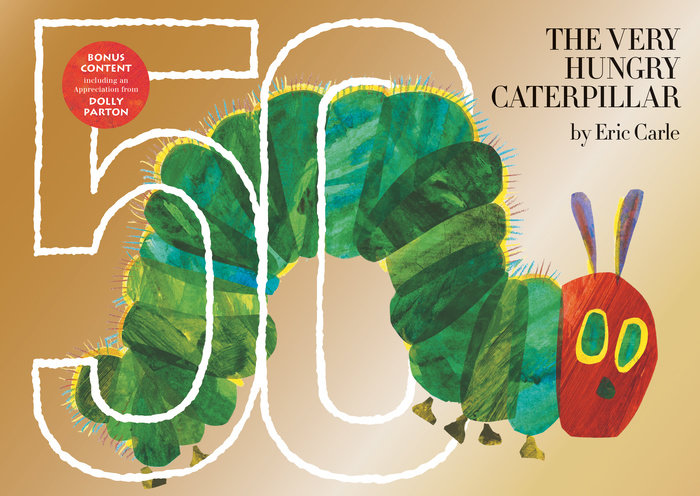 Angle of Repose by Wallace Stegner (Penguin) wins the Pulitzer Prize for Fiction.

Tarcher, publisher of books with a strong emphasis on the Human Potential movement, is founded by Jeremy P. Tarcher who remained head of the company until 1996.

Nadine Gordimer wins the Booker Prize for The Conservationist (Penguin)

Saul Bellow is awarded the Nobel Prize in Literature.

Avery is founded and establishes itself as the most successful independent publisher of health books in the market.

Iris Murdoch’s The Sea, The Sea (Penguin) is awarded the Booker Prize.

Dutton publishes John Irving’s The World According to Garp, which won the National Book Award for Fiction.

Jove Books, which originated in 1949 as Pyramid Books, is acquired by The Putnam Berkley Group.

Perigee Books, originally created as the trade paperback imprint for G.P. Putnam’s Sons, is introduced by The Putnam Berkley Group.

With the acquisition of Grosset & Dunlap, The Putnam Berkley Group strengthens its position as one of America’s premier children’s book publishers. Its enduring children’s series include Nancy Drew, The Hardy Boys and The Bobbsey Twins.

Ironweed (Viking), by William Kennedy, is awarded the Pulitzer Prize for Fiction. 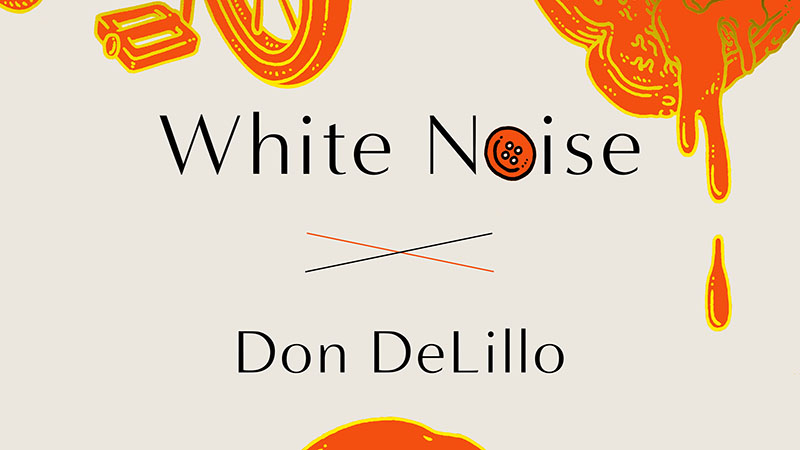 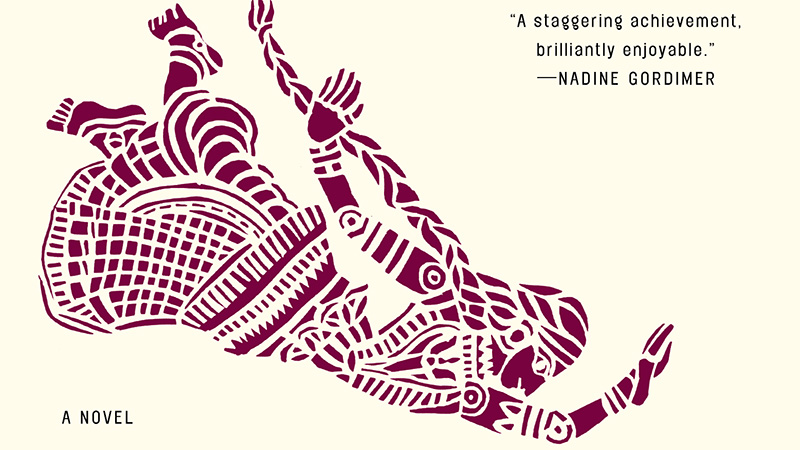 Penguin Audiobooks are launched, bringing a mix of classic and contemporary titles to a listening audience, using some of the finest contemporary actors to record them.

The Putnam Berkley Group acquires Price Stern Sloan, Inc. and its diversified lines of innovative, fun, and engaging books in a variety of formats, most notably the popular Mad Libs series.

HP Books, publisher of self-help and how-to books as well as automotive enthusiast guides is acquired as part of the purchase of PSS.

Penguin acquires the Putnam Berkley Group, one of the oldest, largest and most prestigious names in U.S. publishing.

Penguin signs a deal to develop and sell e-books with Rocket eBook.

In the Heart of the Sea (Viking), by Nathaniel Philbrick, wins the National Book Award for Nonfiction.

Portfolio, a business imprint focused on nonfiction for ambitious people, is founded by Adrian Zackheim.

Penguin assumes 100 percent ownership of Rough Guides (having acquired a 51 percent stake in 1996), the acclaimed publisher of travel and music-related titles.

Firebird, a science fiction and fantasy imprint of Penguin Young Readers Group, designed to appeal to both teenagers and adults, is launched by Sharyn November.

Puffin Books launches Speak, a new paperback imprint aimed at teens, with a range of quality fiction and nonfiction.

Penguin publishes the paperback edition of Sue Monk Kidd’s The Secret Life of Bees, which goes on to become one of the biggest paperback bestsellers in Penguin’s history.

The Kite Runner (Riverhead) by Khaled Hosseini, is published in the United States and goes on to sell more than 55 million copies globally.

Penguin becomes the first major publisher to sell titles directly to consumers through its website.

Penguin publishes the paperback edition of The Memory Keeper’s Daughter by Kim Edwards, which becomes an international bestseller with more than 4 million copies sold.

Razorbill, an imprint dedicated to young adult and middle grade fiction and nonfiction books, is founded by Ben Schrank.

Penguin eSpecials launches with an Alan Greenspan title. The program has gone on to include over 200 short-form eBooks across all genres.

Lords of Finance: The Bankers Who Broke the World by Liaquat Ahamed (The Penguin Press) is awarded the Pulitzer Prize for History.

Current, a new imprint focused on science books for general readers, is founded by Adrian Zackheim.

Washington: A Life by Ron Chernow (The Penguin Press) wins the Pulitzer Prize for Biography.

C.A. Press, under the leadership of publisher Carlos Azula, is founded to meet the growing demand for books in Spanish.

Penguin takes a leading position in the self-publishing market with the acquisition of Author Solutions, Inc.

No Easy Day: The Firsthand Account of The Mission That Killed Osama bin Laden by Mark Owen is published by Dutton and becomes the #1 bestselling hardcover book of the year.

John Green’s #1 New York Times bestseller The Fault In Our Stars (Dutton Juvenile) is named Time magazine’s #1 Fiction Book of the Year – the first time a young adult novel has received this accolade.

Berkley/NAL’s InterMix, Penguin’s first e-initial eBook imprint, is launched with the release of eleven classic Nora Roberts novels that had not been previously available as eBooks.

The merger of Random House and Penguin is finalized, establishing Penguin Random House, following the closing between shareholders of Bertelsmann and Pearson, who own, respectively, 53% and 47% of the new global trade publishers, which unites all of the publishing imprints of the two companies worldwide.

The Penguin Book Truck and Penguin Pushcart debut at Book Expo America. In October, the Penguin Book Truck travels West on Route 66 from Oklahoma to California, kicking off the celebration of the 75th Anniversary of the publication of Steinbeck’s Pulitzer Prize-winning novel, Grapes of Wrath.

Kathy Dawson Books, a new Penguin Young Readers imprint for children and teens, presenting books in a variety of genres with universal themes and compelling voices, launches its first list in Winter 2014.